Lactoferrin is a minor but significant whey protein fraction that occurs naturally in the milk of many mammals, including that of humans and bovine. Present in only small amounts in bovine milk and standard whey, utilizing advances in technology we are able to concentrate this mighty protein fraction for use in a number of applications, targeted at consumers across the lifespan. 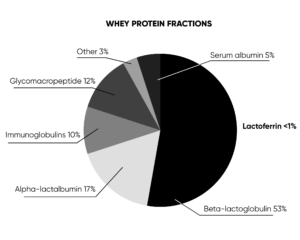 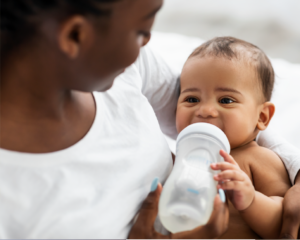 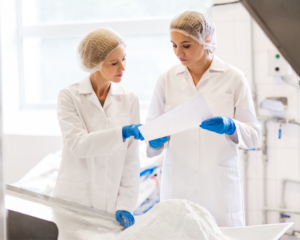 Lactoferrin in breastmilk and infant formula provides immune support for the growing infant, both in terms of protecting the infant from harmful pathogens and facilitating the infant’s own immune development. However, the benefits of lactoferrin extend beyond the initial year of life, as clinical trials have shown lactoferrin supplementation can support the immune systems of both children and adults. Lactoferrin’s bioactive properties include anti-viral, anti-fungal, anti-bacterial, iron absorption, prebiotic modulation of gut microflora, antioxidant, and anti-inflammatory benefits.

Lactoferrin has a long history of clinical evidence that continues to grow, not least with the growing desire for natural immune-supporting ingredients. Lactoferrin has been shown to protect against several pathogens, including E. coli, E. sakazakii, Hepatitis C and rotavirus. In one study, supplementation of 100mg of lactoferrin per day in children resulted in significantly lower frequency and duration of both diarrhea and vomiting. More recently, lactoferrin has been shown in a number of in vitro and in vivo studies to beneficially impact SARS-CoV2 virus by reducing virus replication, shortening the time to a negative PCR test, and influencing the duration of symptoms in patients.

Part of the mechanism for this effect is believed to be lactoferrin’s ability to bind iron, meaning it competes with the bacteria for iron inhibiting its growth. Another potential mechanism responsible for lactoferrin’s antimicrobial activity is that it binds to the bacteria, therefore stopping it from binding to cells inside the body.

Lactoferrin has also been suggested to have a prebiotic benefit in the large intestine. Upon digestion of lactoferrin, bioactive peptides are released, which have been shown to enhance the growth of bifidobacteria. This may be another mechanism by which this unique whey protein fraction exerts an immunomodulatory benefit, as the gut microbiome is known to influence immune function.

WHAT APPLICATIONS DOES LACTOFERRIN WORK IN?

WHAT APPLICATIONS DOES LACTOFERRIN WORK IN?

Lactoferrin works well across applications. Since it is only required in small amounts (100mg-1000mg, depending on the desired benefit), it functions well in tablets and capsules, gummies, ready-to-drink (RTD) beverages, ready-to-mix (RTM) powdered shakes, and bars, to name a few. 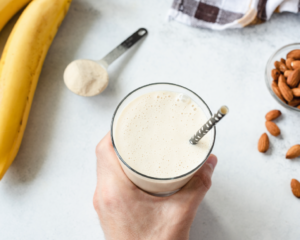